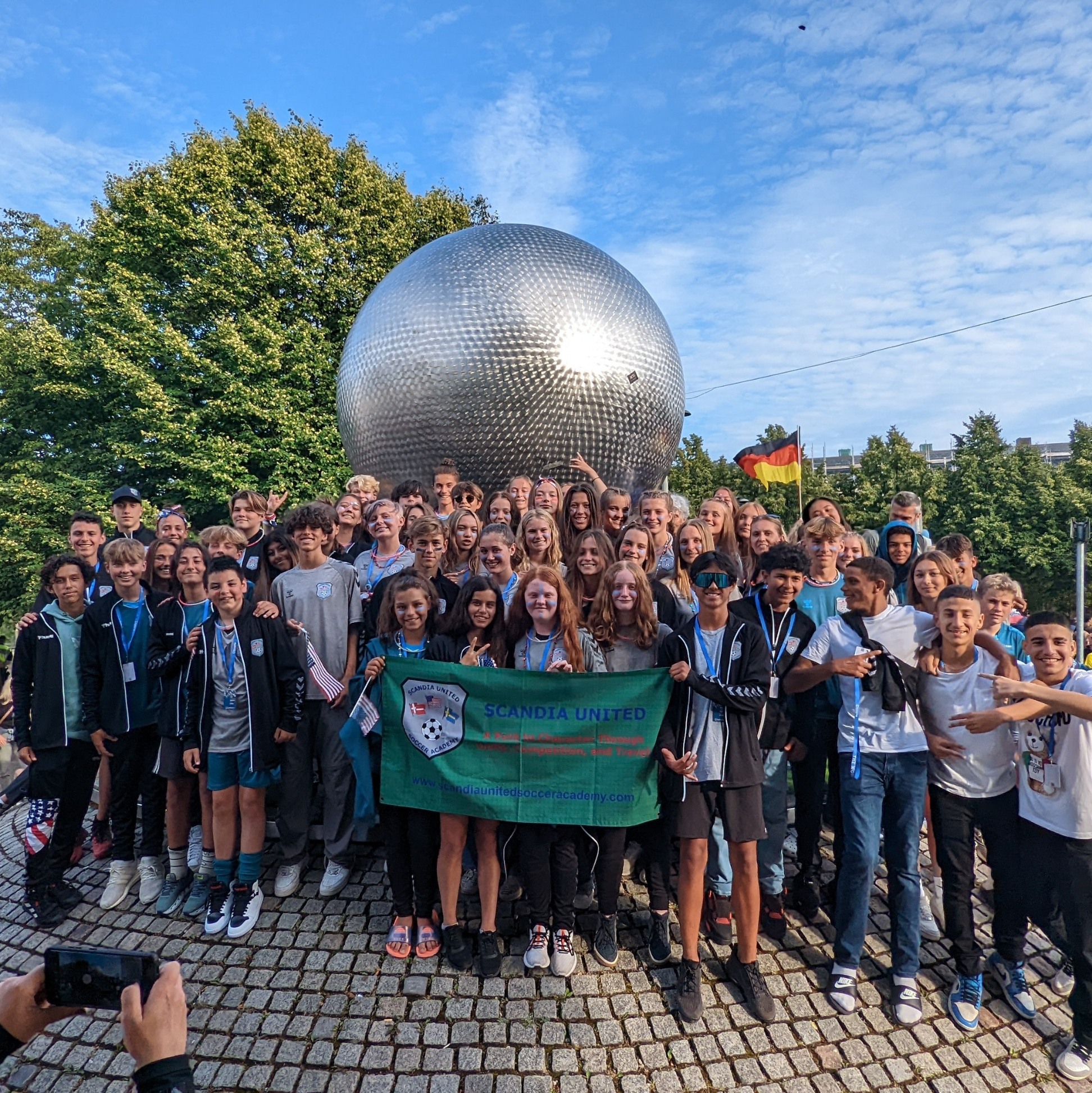 We are back from our 2022 Scandinavian Journey!  It was nice to get back to Scandinavia and see a lot of our friends from the years gone by.  It was another successful trip with training in Gaerum, Denmark followed by two weeks of tournament play at Cup No.1 (Denmark) and the Gothia Cup (Sweden).

Our journey began at 3 different Gateway airports this Summer with the entire group meeting up in Iceland.  We spent the day touring part of Iceland with a refreshing afternoon at The Blue Lagoon, before having a great pizza dinner and a night in a hotel before flying on to Denmark the next day.  We arrived in Billund, Denmark and rode in a travel coach to Gaerum, where we met up with Coach Soren, who had secured our accommodations and training facility for the first week.  Training was a great success with a lot of tired players, and we ended the week with a trip to Farup/Sommerland amusement park before going over to our accommodations for Cup No.1.  We entered 8 teams in Cup No.1 with 3 teams earning trophies for first or second place.  We spent the last day in Denmark visiting Palmestrande Beach in Frederikshavn and some shopping downtown.  The following day we voyaged across the Kattegut to Gothenburg, Sweden via ferry where we were then transported to our accommodations Southwest of Gothenburg in the Hovas-Billdal region.  The Gothia Cup only had just over 1600 teams this year from around 60 countries!  We entered 5 teams in Gothia Cup, which is a very challenging tournament and one of our girl's teams made it to the quarterfinals in their age group.  After the tournament was over, we went to Liseberg amusement park where the players and staff could unwind before heading to Stockholm.  We did some sightseeing in Stockholm before heading to our hotel on the airport grounds.  The last day is always the hardest, as we traveled from Arlanda/Stockholm to Iceland and many players said there goodbyes for the time being, and then boarded the last flight back to the Gateway airports.  A great time, a lot of soccer and sightseeing, more mature players on and off the soccer pitch, and we begin the planning for 2023!

We are planning on some possible training site changes (Iceland or Bornholm - a Danish island in the Baltic) before the 2 tournaments and planning on ending our Journey in Copenhagen next year!

Here are a few testimonials from former players: 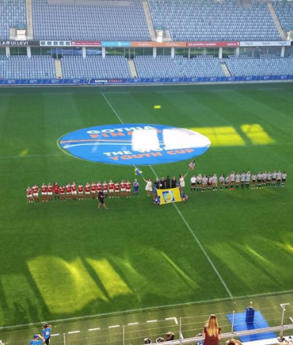 Scandia United Soccer Academy is an amazing academy, which provides selected soccer players an extraordinary opportunity to play soccer in an international context. The academy is much more then soccer, it is about meeting other cultures, while you create lifelong relations and friendships with foreign players. SUSA is focused on what it means to be human, and how to grow as a person and a soccer player. The coaches do not focus on the individuals, but instead they focus on all the players in every age group. The academy is focused on what it means to be a team, and how to play as a team. This is an educational experience, which helps you grow as a human being.

I can strongly and proudly recommend other Danish soccer clubs, to give their greatest players the opportunity to have a unique and exceptional experience with players from abroad. The coaches strive after a learning environment, which involve good training purposes and guidance, while you learn about other soccer cultures. Furthermore, this creates a closer relationship between the American and Danish players, which on longer terms can give future soccer opportunities abroad.

This is an amazing and tremendous experience. I have honestly only positive things to say about the academy. Scandia United does not seek players who are result oriented, but instead they look for players who have the drive and enthusiasm to win, while meeting new people. This is honestly a crazy experience, and Scandia is doing phenomenal work with all their players. I have grown as a human being, and definitely as a soccer player. If you ask any other former SUSA player, they would say the same.

From 2013 to 2017 I spent my summer with a bunch of American players from several different states. We started with a week at a training camp, where you quickly get to know other players while being introduced to another tactical approach to football from the American coaches. The second week is in Frederikshavn where we participate in the Cup no. 1. This is a Danish tournament, where you get to play a lot of games and get to know the team players really well. The years i have been playing, we won the tournament twice. The last week is in Gothenburg where we are participating in Gothia Cup which is a huge Swedish tournament. It is a hardcore tournament where you also meet very strong girl teams from all over the world. I have been involved in winning silver in both the A bracket and the B bracket. The whole trip with Scandia is incredibly instructive where you develop technically and tactically. In addition to that, it is a gift to meet so many talented American players who comes to Denmark every year to play soccer, which I still keep in touch with. With all these contacts, I have been lucky to be able to travel. I used my junior year as an exchange student in Glenwood Springs, Colorado, where one of the coaches from Scandia, Wayne Smith, became my contact and teacher at the local High School. In glenwood springs I got to meet a lot of the girls I have played with the previous years. That's why it's been a huge experience to play with Scandia United all those years, as it has given me much more than a good football experience.

Playing with Scandia United was hands down the most amazing experience I have ever had.  It was something that I will forever be grateful for and something that I will never ever forget.  I was lucky enough to get to spend two summers in a row traveling around Europe with Scandia United.  Playing with this group gave me so much confidence.  It was amazing to see how differently the game was played in Europe.  every single game was played at a fast pace and they were all very competitive.  The coaches at Scandia did a phenomenal job of finding amazing talent from all around the U.S. and Europe.  They managed to stick complete strangers together to train for one week and play for 2 weeks and somehow got us to gel together and become a great, dangerous, competitive team.

Throughout those 2 summers that I was lucky enough to travel with Scandia not only did I grow as a player, I also grew as a person.  I learned how to manage my money a little bit better, being as I didn't have my parents with me to give me more whenever I needed it.  I learned to wake up on time and catch a bus to get to where I needed to go.  I learned what kind of people I should and should not surround myself with and that others actions sometimes reflect onto you because you associate yourself with them.  And, I overall just learned how to be way more responsible for myself.  I carried everything I learned throughout my time with Scandia home with me and it really helped me grow as a person.

On top of all of that Scandia gave me one of the greatest gifts anyone could ask for, life long friendships with people from all around the world.  In fact, I met my best friend in the whole entire world, Michelle, while playing with Scandia my first year.  Although she lives all the way in Denmark and I live all the way in the U.S., those few weeks we spent together playing helped us form an unbreakable bond that is so so special.  I hope that everyone can have at least one friendship like that in their lives.  Overall, Scandia United is an amazing program that helps people not only become better soccer players, but better people.  I can't thank Coach Brad and the rest of the coaches enough for inviting me to play not once but twice!  It is truly the experience of a lifetime.  I would one hundred percent do it all over again.            Justice R. - Las Vegas, NV

We are looking forward to another spectacular Journey in 2020, so please contact us if you have interest in our program!  You can also follow us on our Facebook page at Scandia United Soccer Academy. 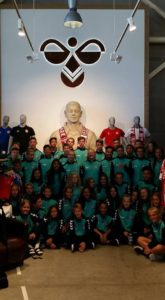 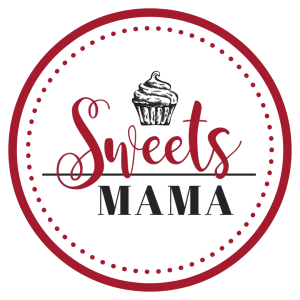 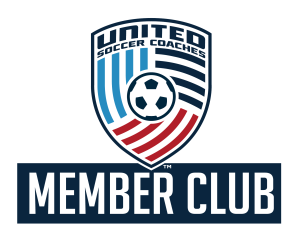